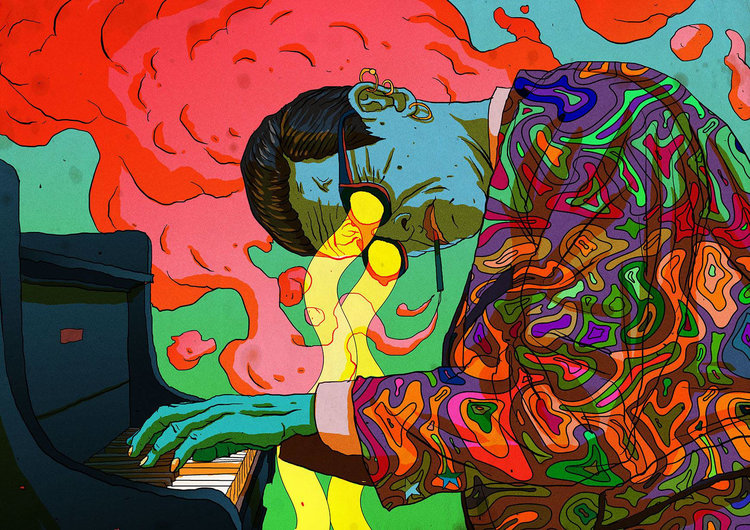 Saxophonist, pianist and vocalist Anna Koroleva presents her new album “Antigravity”. It is the second release of Jazzist, a new record label based in Moscow, Russia.

Two years have passed since the release of Koroleva’s previous album, “Ocean Inside”, where Anna combined modern piano jazz with Russian folk music. “Antigravity” is totally different, being a winding acoustic post-bop record centered around Koroleva’s dramatic saxophone playing. Her original music is a nod to the works of such luminaries as Eric Dolphy and Paul Bley.

“Antigravity” was recorded by Anna Koroleva’s quartet including Daria Chernakova on double bass, Vartan Babayan on drums, and Anton Baronin on piano. Not least because of Baronin’s subtle, non-linear playing, the music sometimes brings to mind Keith Jarrett’s American quartet.

Inside this lovingly-created scenery Anna Koroleva leaves room for her own artistic expression. Anna thrives in improvisation and constant creative exploration. Having finished the theme, her quartet sets off on a free float. When soloing, Koroleva does not follow a predetermined path but scatters handfuls of new ideas. The others pick them up, develop them, and then the quartet brings it all to a logical conclusion.

Sound engineer Andrey Levin, co-founder of Jazzist, could well be called the fifth member of Koroleva’s quartet. His impeccable work made the sound of “Antigravity” crystal clear and vibrant. The album’s artwork was created by the world renowned designer Victor Melamed. Araik Hakobyan, art director of the Kozlov Jazz Club (another co-founder of Jazzist), became the executive producer.

Anna Koroleva loves creative musical dialogue. “Antigravity” is a fruit of collaboration between those who play masterfully and hear sensitively.

“My hearfelt thanks to all who took part on the recording and releasing of this album!”
Anna Koroleva